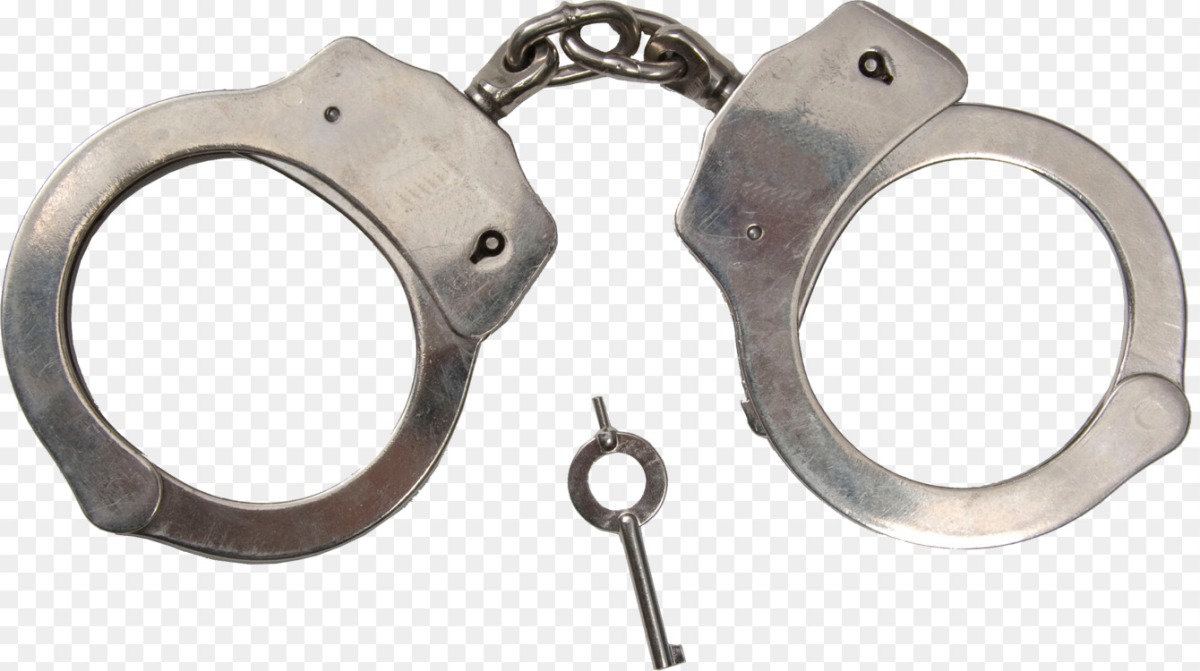 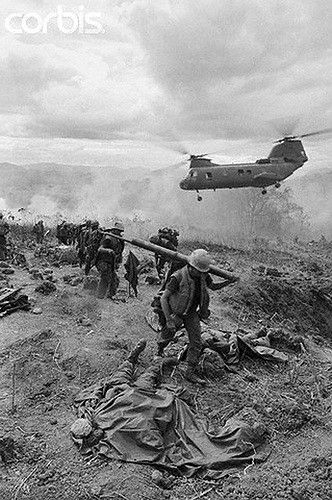 Hello faithful followers of mine.

Happy Holidays and here’s to a prosperous 2019 for us all.

I’ve signed a contract with a company to publish my book, “Fight the Good Fight,” in 2019.

The quick pitch goes like this: A group of 12 soldiers and an army Chaplain form a rogue fighting group called the Valhalla Unit to fight those who create wars: war profiteers, bankers, and politicians.

SilverWood Books of London, England did an editorial assessment and here are some of their comments:

“‘Fight the Good Fight’ is a modern war thriller for a general audience. Following battles and principals of a rogue U.S. fighting unit in Afghanistan, the Valhalla Unit is a force for peace. They stand in contrast to the antagonists: a banker, a war profiteer, and politician. Eli Silver, a banker, finds himself caught up in military financing with Terry Smith, a Representative with an agenda. Lillith Rice, CEO of STC, Inc., uses the war to try and further her career and make money. The narrative’s protagonist, Thad “Cotton” Kristofferson, muses on his involvement with the Valhalla Unit 15 years on from the opening of the book in 2002.”

“This is a fast-pace and exciting read. The richly descriptive writing style is immersive and shows through research on the subject matter. The manuscript has a good balance between Thad’s reflections 15 years on, action on the ground in the Valhalla Unit, and snapshots of the lives of those profiteering from the war. The writing moves smoothly between dialogue and descriptive, with highly immersive and descriptive passages standing out, creating a well-formed world. Characters are well-developed.”

I hope you will join me and the Valhalla Unit as we traverse uncharted and dangerous territory.

Have a great New Years!

Most people in America don’t care about friendship or deep intimate relationships anymore. When dealing with others the citizens of this country would rather to be feared or to dominate others rather than be liked or even loved by them. 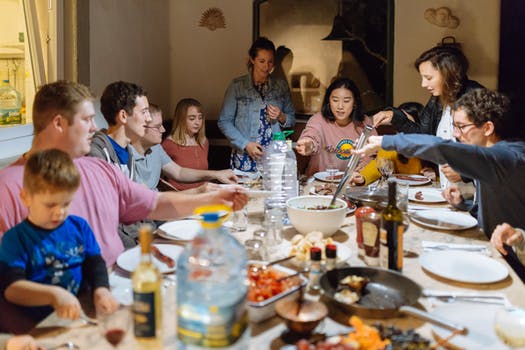 Most people in America don’t care about friendship or deep intimate relationships anymore. When dealing with others the citizens of this country would rather to be feared or to dominate others rather than be liked or even loved by them.

We wonder why we don’t know our neighbors all that well, why we don’t really try to connect with them, but we see that because we are ruled by psychopaths that everyone sees the game being played that way. We feel that either we have to manipulate, scare, or intimidate people into allowing us to rule over them, not to befriend them with kindness, generosity, and courtesy. So we either become prey or predator and most people would just rather sit it out, so we don’t correspond with those we live near.

There is also such a thing as what is known as the “hook-up culture” whereby men and women jump into bed before getting to know one another all that well. They did a study on why people were doing this with some interesting, though not really surprising reasons. More than half of the respondents said they hooked up because they were hoping for a long term commitment. It seems in this day and age of how we can’t form proper relationships with people that we would use animal behavior in order to find a love. It also points to something more interesting I think and that is that most people in the hook-up culture must feel that their personalities are so bad that by sleeping with someone right off of the bat that you might coerce them into staying with them for an extended period of time. Seemingly, we have lost the ability to connect with others on a deeper level, maybe a more spiritual level whereby we don’t view the other in terms of being us being prey or they being ours.

We have lost our human touch for others because we decided the upper crust, with there psychopathic tendencies to maim, dominate, or kill is the proper way for us to behave toward one another.

In the end it will go like other empires, burning at the hands of barbarians, lost in the sands of time with only broken monuments as a remembrance of something staggering and wonderful in its inception and a slide into moral and ethical decay.

Can we save it?

I believe we already hit the iceberg and are sinking like the Titanic did some years ago. The main reason I believe this is because everyone has become accustomed to their lifestyles regardless of what they might hold. And in order to save it we would have to change a lot of things about how we act in our communities and around the world. There are a lot of people in high and low places with their snouts in the trough. In fact everyone has a part in this game though it’s not completely our fault: most of us were handed this life and told to get their piece of the pie.

Sadly, America will be remembered, as all empires are, as once a beacon of hope for its people and those who wanted to partake in it from foreign lands who then slid into an avalanche of things that didn’t matter and concluded with non-traditional values.

I don’t care what happens at this point. I feel the empire will outlast me. But someday it will be gone and whether it happens in my lifetime or not is moot. I feel like if it does collapse in my day that I will actually get some enjoyment out of the sublime destruction of a Titanic unsinkable ship as it breaks up in the sea. But, I would also like to be there to throw a life raft to those in need and to rudder toward calmer waters.

Part three of my series of blog posts on the American Empire details something that has plagued all past empires and what is affecting America and most of the Western democracies: political malfeasance. 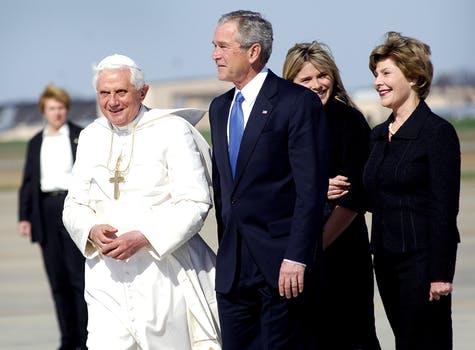 Part three of my series of blog posts on the American Empire details something that has plagued all past empires and what is affecting America and most of the Western democracies:  political malfeasance.

In Rome we know that at some point politicians began using their positions of power for economic enrichment, began separating themselves from those they were charged with representing, and began flights of fancy in the entertainment world.

Does any of this sound strikingly familiar in American government? 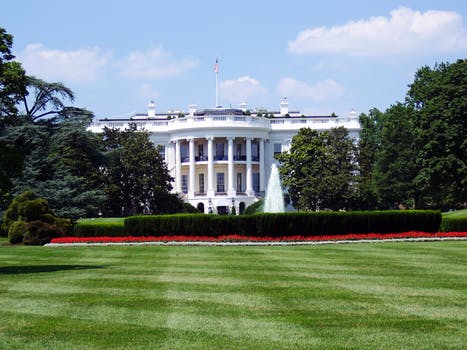 We know that a majority of American elected federal congress people have become millionaires on salaries that don’t often pay more than low six-figure incomes. Many live in expensive neighborhoods, others have more than one house. Some even have million-dollar mansions. Some have two or three highly priced automobiles.

How can this be??

Well, one thing we know is that recently congress passed legislation that essentially gives members of congress a free pass on insider trading information. That is they can profit from knowing beforehand information about publicly traded companies; something illegal to the American peasantry.

We also know that the best way for a corporation to turn higher profits or to remain profitable is not through increases in advertising budgets, not expansion of factory spaces or transferring to more favorable marketplaces in the country or the world, not even technological upgrades within their facilities can give boosts to their companies’ bottom lines better than sending lobbyists to Washington, D.C.

Politics as spectator sport has become part of the American milieu and we can see this in DT’s rants on Twitter and his fight with “fake news.”

Of course all of this is just the evolution of political leaders being entertainment including Obama picking his brackets for the NCAA basketball tournament; of Bubba going on Arsenio to blow his horn or his current attempt at novel writing; of W. and his paintings. (Hitler was an artist too).

The Roman Emperor Nero had his hand in many different art forms and had to pay people to see and applaud his performances and works.

Not to be outdone in modern times, many of our politicians including DT have to pay people to come cheer at their bogus rallies. Both sides of the politic spectrum are guilty of propping themselves up with false facades.

Lastly, politicians are ever increasingly moving away from the masses they represent through armed Secret Service agents after they retire and giving themselves the Cadillac medical and retirement benefits only befitting government gods.

I wonder what the founders would have thought of governance in modern America.

We have bigger houses but smaller families;

We have bigger houses but smaller families;

We have more degrees, but less sense;

We’ve been all the way to the moon and back,

but have trouble crossing the street to meet the new neighbor.

information to produce more copies than ever,

but have less communication;

We have become long on quantity,

but short on quality.

These are the times of fast foods

It’s a time when there is much in the window,

but nothing in the room.

—His Holiness the 14th Dalai Lama

being alive today:  the uneducated are stupid and so are the educated.

Today I broke the 50k word mark in my latest story, a war novel entitled, “The Valley.” I’m hoping we are coming down the stretch and this isn’t simply the halfway mark or quarter pole. In any case, some done, more to do.

Life is walking into a burning house you don’t realize is on fire.

Kirsten Lamb has great knowledge about the craft of writing. I suggest checking her blog out at http://authorkristenlamb.com/