One observation about historical empires deals with their economies. 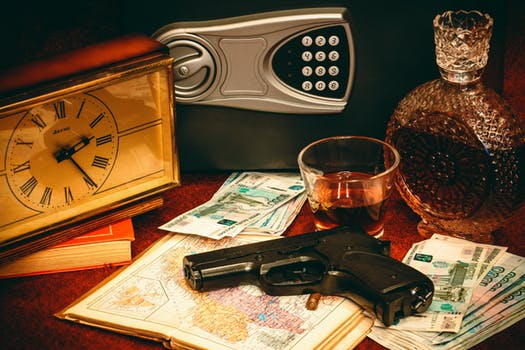 One observation about historical empires deals with their economies. Part of what we know today is that the Roman Empire began devaluing its money over time. This is due to ever expansion of the Empire and its governmental base. To pay for the foreign wars and expansion of the the Imperial state the government believed that the money from its conquests would bring in more money. But as is the case government always  overestimates how much it will cost any endeavor and how much will be made in return on investment. Over the span of 200 or so years the Roman Denarii went from pure silver to less than 1%. The idea came about during Nero’s reign. The thinking was that by slowly decreasing the amount of metals (gold and silver) in its coins that it could mint more coins to pay off its debts and to maintain the security and expansion efforts of the empire. (The Roman’s didn’t have the leisure and ease of using a fiat currency like we use today–they only used coins for currency exchanges.)

So why do foreign countries accept the USD for exchanges of goods and services? I think it is simply because we have given them dollars for their goods over time and they have such a reserve of them that if the American currency collapses they will be stuck with dollars that are completely worthless while they will have given away products in exchange for essentially nothing. So it is in their best interest to keep propping up the United States by giving us goods and services for dollars hoping that in the long run the economy gets better and the currency doesn’t lose value. Robbing Peter to pay Paul comes to mind.

Another element of empires’ economies includes massive income inequalities and they all tend to have top-heavy economies that become fragile over time. This occurs because the haves (the upper 1% having 90% of the wealth) have way more than they need or deserve and the have nots are left to fight over scraps. If enough people decide they will no longer be debt slaves and consume less of their master’s products the game will end…and so goes the American experience as well.

Finally, taxation in empires usually run amok. Government works including especially those involving the military have to heavily tax the lower and middle classes in order to pay for their boondoggles. The upper crust makes the tax code and they make it so they don’t have to pay their share of using the government for their corporate welfare projects. The lower classes also need government handouts in the form of welfare in order to pay for their meager living.  We know that during the Roman days that in order to gain and keep political power in the empire that politicians gave the lower classes bread and circuses. Bread in the US empire is welfare. Circuses in America are the sports and entertainment industries.

PART 3 OF MY AMERICAN EMPIRE SERIES WILL BE ADDED ON MONDAY. STAY TUNED SPORTS FANS, IT’S GONNA TO BE A STUNNER.